Time to wake up to shocking toll of TB 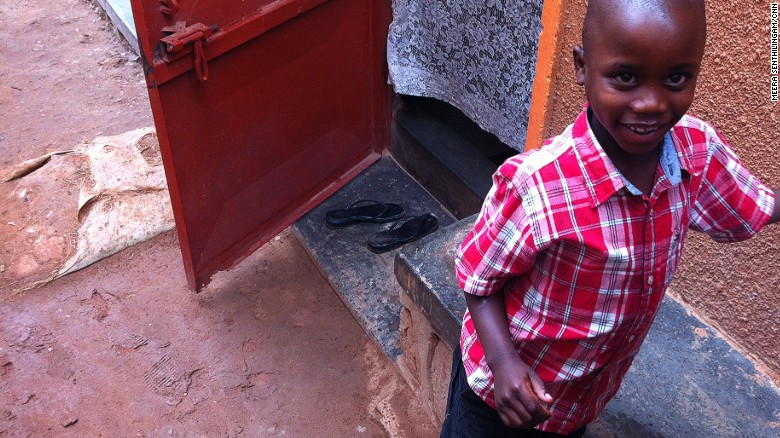 Editor’s Note: Dr. Eric Goosby is the United Nations special envoy on tuberculosis and a professor of medicine at the University of California, San Francisco. From 2009 to 2013, he was the U.S. global AIDS coordinator. The views expressed are his own.

(CNN) – The news that tuberculosis — a treatable and curable disease — now ranks alongside HIV as the leading infectious disease killer worldwide should be a wake-up call to us all.

Having worked as a physician focusing on HIV/AIDS for decades, and as the U.S. global AIDS coordinator under President Barack Obama, I have seen what it takes to ramp up the AIDS response. Unfortunately, the TB response has historically lagged far behind. Indeed, it’s clear that the political backing and momentum to make the bold strides needed to drive down the epidemic just do not yet exist, though we know that path is possible.

It is unacceptable that 4,400 people continue to die from TB each day when we can diagnose and cure nearly every person with TB. Yet as the latest World Health Organization report on the global TB epidemic released this week states, there are serious detection and treatment gaps that are keeping people from being cured. Of the 9.6 million people estimated to have fallen ill with TB last year, over 3 million people were not diagnosed with TB and, therefore, were not accessing quality care.

Detection and treatment gaps are especially serious among people with multidrug-resistant tuberculosis, which has emerged as a public health crisis. The major reason for these gaps is a shortfall in funding. The TB response remains under-resourced. There is currently a funding gap of $ 1.4 billion to fully implement TB prevention and control interventions and an additional gap of $1.3 billion for research.

Yet, WHO’s report shows how TB investments have yielded truly impressive results, with 43 million lives saved since 2000 with effective diagnosis and treatment. And many governments worldwide are setting up large-scale and sustainable programs that provide basic TB care in their primary health services, saving millions of lives each year.

Countries with high TB and HIV burdens are also mounting a solid response to the joint epidemics with prevention and care being scaled up, although not yet with full coverage.  Many countries have shown they can adopt new tools, strengthen delivery, reach more patients and contain drug-resistant TB at low levels if they have the necessary funding. The United States should be applauded for being at the forefront of the fight against both TB and HIV/AIDS.

Let’s learn from the successful AIDS response. We know that community engagement and civil society support are key to fighting the epidemic. Given that more than 70% of TB patients in Africa are HIV-positive, there is no excuse to leave them behind.

TB care and treatment must be integrated into existing health services. And we must give a voice to those with TB who are currently voiceless. TB is predominately found in low-income communities, where resources to mobilize a response are nonexistent. The truth is that if we want to drive down TB deaths, a larger injection of funding is needed — at a level befitting such a global threat.

With new tests that can rapidly detect TB and drug-resistant TB, new medicines to treat the disease, an effective vaccine and universal access to care, the world will be one step closer to ending the epidemic once and for all.

WHO’s new End TB Strategy, which aims to end the TB epidemic by 2030, is now part of the United Nations’ Sustainable Development Goal agenda, a plan for global prosperity. As we look beyond 2015, we have the shared responsibility of ridding the world of preventable and curable diseases like TB, and creating a world free of poverty and inequality. We want the most vulnerable communities worldwide to gain first, not last, in our efforts.

As the United Nations special envoy on tuberculosis, I am committed to mobilizing greater political commitment across the globe to fight TB and ensure that those most vulnerable have access to quality care.

More than 4,000 deaths a day is a shocking figure. Let’s not be immune to that shock.