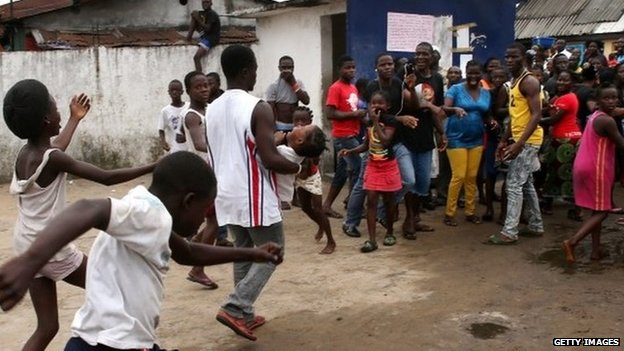 Seventeen suspected Ebola patients are “missing” in Liberia after a health centre in the capital was attacked, the government says.

The government had previously denied they were missing, saying all patients had been moved to another facility.

The Ebola outbreak, which has spread from Guinea to Liberia, Sierra Leone and Nigeria, has killed at least 1,145.

The World Health Organization (WHO) has called for exit screenings on all travellers from affected countries.

Cameroon has closed its land, sea and air borders with Nigeria, reports say.

The Ebola outbreak in West Africa is the world’s deadliest to date. The disease has no known cure. 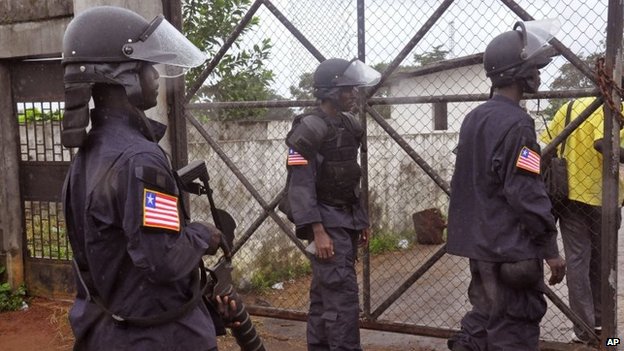 Meanwhile, the UN’s chief co-ordinator in Sierra Leone, David McLachlan-Karr, told the BBC that Ebola had spread to 12 out of 13 of the country’s districts.

“While Sierra Leone was the last affected of the three Mano River countries [Guinea, Liberia and Sierra Leone] to have confirmed [cases] of Ebola, now it’s the country with the most cases,” he said.

There have been at least 810 cases of Ebola reported in Sierra Leone, including 348 deaths, according to WHO figures.

The attack on the quarantine centre in Liberia, in Monrovia’s densely populated West Point township, took place on Saturday evening.

There are conflicting reports over what sparked the riot, in which medical supplies were stolen.

Assistant Health Minister Tolbert Nyenswah said the protesters were unhappy that patients were being taken there from other parts of the capital.

Other reports suggested the protesters had believed Ebola was a hoax and wanted to force the centre to close.

A senior police officer, speaking to the BBC on condition of anonymity, said blood-stained mattresses, bedding and medical equipment had been taken from the centre, potentially furthering the spread of the virus.

On Monday, Liberia’s Information Minister Lewis Brown told the BBC that 17 of 37 inmates from the quarantine centre had gone “back into their communities”.

He said the authorities were now trying to track them down but said he was confident they would return.

“Most of the people that went into this holding facility came there voluntarily,” he told the BBC.

“So our impression is that they still want to be [there], but they were forcibly removed by vandals and looters, not because they wanted to leave; so we are sure that they will return.”

He said the attack on the quarantine centre was Liberia’s “greatest setback” since the Ebola outbreak began.