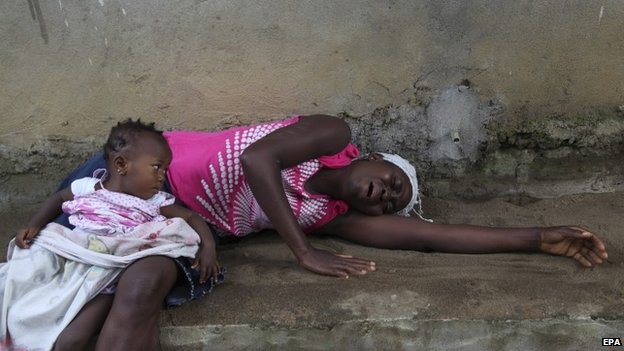 Liberian soldiers have set up a blockade stopping people from western regions affected by the Ebola outbreak from entering the capital, Monrovia.

It follows the president’s declaration of a state of emergency to tackle the outbreak that has killed more than 930 people in West Africa this year.

In Sierra Leone the security forces have now imposed a complete blockade of eastern areas hit by Ebola.

Health experts in Switzerland are discussing a response to the outbreak.

It is the world’s deadliest outbreak and the two-day World Health Organization (WHO) meeting will decide whether to declare a global health emergency.

Ebola, a viral haemorrhagic fever, is one of the deadliest diseases known to humans, with a fatality rate in this outbreak of between 50% and 60%. It is spread through contact with the bodily fluids of Ebola patients showing symptoms. 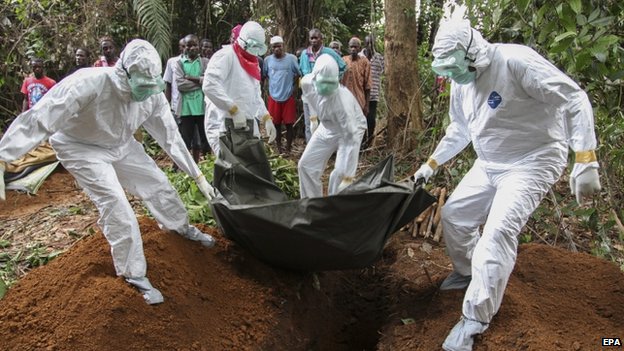 Most of the latest Ebola fatalities have come from Liberia

The military blockade is stopping people from western regions of Grand Cape Mount and Bomi, where Ebola is prevalent, from entering the capital.

The WHO will announce new measures to combat Ebola, as Nick Childs reports

These counties largely rely on Monrovia for their goods – and the blockade means that the cities of Robertsport and Tubmanburg are now cut off. One Tubmanburg resident phoned into a radio show to complain that rice, the national staple, was already in short supply in the market.

The head of the National Health Workers Association said while the state of emergency was necessary, people should have been given time to prepare. Fear has prompted hospital workers to abandon clinics – meaning many are now shut.

President Sirleaf said this meant many diseases prevalent during the rainy season, such as malaria and typhoid, were going untreated and there could be unnecessary and preventable deaths as a result.

Announcing a state of emergency for 90 days, President Sirleaf said the government and people of Liberia required “extraordinary measures for the very survival of our state and for the protection of the lives of our people”.

Speaking from a crossroads 37km (23 miles) west of Monrovia, the BBC’s Jonathan Paye-Layleh said soldiers had been deployed to stop the movement of people – many of whom are traders.

In neighbouring Sierra Leone, the head of the police in the east of the country said police and soldiers had imposed a “complete blockade” of the Kenema and Kailahun districts.

“No vehicles or persons will be allowed in or out of the districts” except those with essential food and medicines, he said.

There has been carelessness on the president’s part: she declared a state of emergency very late. It is very scary; some of my colleagues have died.

We have not had a confirmed case at my facility, but about 24km away, a patient tested positive. Twelve nurses have been coming down with symptoms and have been quarantined.

When there is a suspected case, protocol demands that the Ebola surveillance team should be contacted so blood samples can be collected. That is not happening.

Because of the high number of cases and very limited resources, the hospital’s own laboratory technicians are asked to draw samples, which is very risky. As a result, some of them have been infected. When the specimen finally reaches the testing centre, it takes two to three days before the results come back.

That is too long, especially when the patient is still in the community. The longer the results take to come back, the faster the patient spreads the virus.