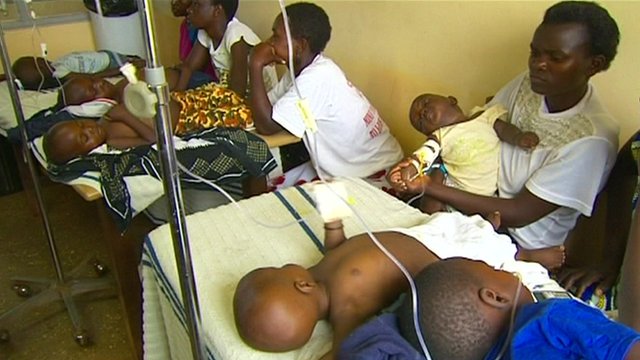 British drug maker GlaxoSmithKline is seeking regulatory approval for the world’s first malaria vaccine after trial data showed that it had cut the number of cases in African children.

Experts say that they are optimistic about the possibility of the world’s first vaccine after the trial results.

Scientists say an effective vaccine is key to attempts to eradicate it.

“Many millions of malaria cases fill the wards of our hospitals,” said Halidou Tinto, a lead investigator on the RTS,S trial from Burkina Faso. 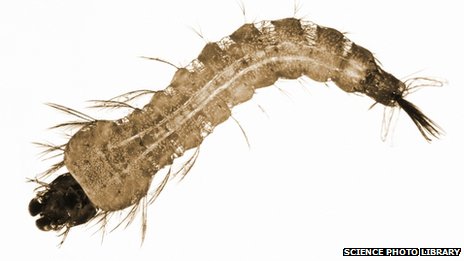 “Progress is being made with bed nets and other measures, but we need more tools to battle this terrible disease.”The malaria trial was Africa’s largest-ever clinical trial involving almost 15,500 children in seven countries.

The findings were presented at a medical meeting in Durban, South Africa.

“Based on these data, GSK now intends to submit, in 2014, a regulatory application to the European Medicines Agency (EMA),” GSK said in a statement.

The company has been developing the vaccine for three decades.

The statement said that the hope now is that the Geneva-based World Health Organization (WHO) may recommend the use of the RTS,S vaccine from as early as 2015 if EMA drugs regulators back its licence application.

Testing showed that 18 months after vaccination, children aged five to 17 months had a 46% reduction in the risk of clinical malaria compared to unvaccinated contemporaries.

But in infants aged six to 12 weeks at the time of vaccination, there was only a 27% reduction in risk.

A spokeswoman for GSK told the AFP news agency that the company would file its application to the EMA under a process aimed at facilitating new drugs for poorer countries.

UK politician Lynne Featherstone, International Development Minister, said: “Malaria is not just one of the world’s biggest killers of children, it also burdens health systems, hinders children’s development and puts a brake on economic growth. An effective malaria vaccine would have an enormous impact on the developing world.

“We welcome the scientific progress made by this research and look forward to seeing the full results in due course.”

UK firm to seek approval for malaria vaccine by aljazeeraenglish