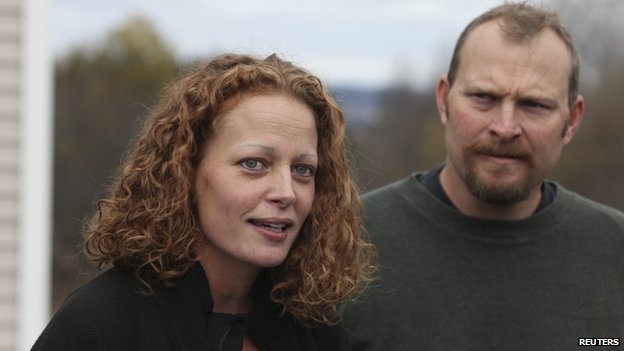 A judge in the US has ruled in favour of a nurse fighting a state quarantine order since returning from treating Ebola patients in West Africa.

Judge Charles LaVerdiere ruled Kaci Hickox did not need to be isolated or restricted in her movements because she is not showing symptoms of the virus.

And it was a blow to the Maine governor who had sought a 21-day quarantine.

The judge said the nurse must comply with health officials over monitoring but does not need to stay away from public places, as the state had requested.

Governor Paul LePage said he disagrees with the court’s findings but will comply.

“As governor, I have done everything I can to protect the health and safety of Mainers,” he said on Friday.

“The judge has eased restrictions with this ruling and I believe it is unfortunate. However, the state will abide by law.”

Ebola nurse Kaci Hickox: “I’m free to go on a bike ride in my home town”

The state of Maine had gone to court to impose restrictions on the nurse until 10 November, when the 21-day incubation period for Ebola was set to expire.

Following the ruling, Ms Hickox called it “a good day”, but that her “thoughts, prayers and gratitude” were with those battling the virus in West Africa.

More than 13,700 people have been infected in total, the vast majority in the West African countries of Liberia, Sierra Leone and Guinea.

Nearly 5,000 people have died of Ebola, but only nine patients have been treated for the virus on US soil.

Ebola, which is only spread through close contact with the bodily fluids of a sick patient, has an incubation period of up to 21 days.

People are not infectious until they show symptoms, usually a fever. 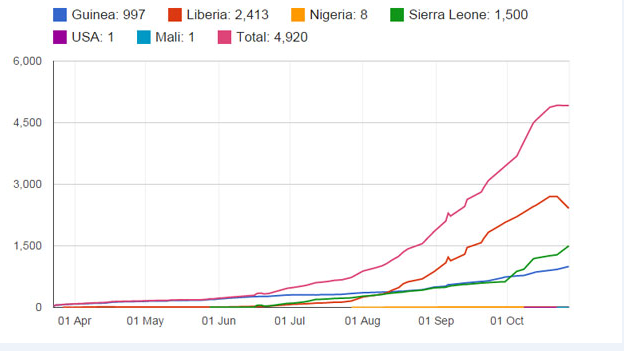 US officials are at odds over whether American healthcare workers who return from treating Ebola patients in West Africa should be forced into quarantine.

One of these workers, Dr Craig Spencer, travelled around New York City before he fell ill. He is currently in isolation in hospital.

After his case was announced, New York, New Jersey and other states ordered the mandatory quarantine of healthcare workers who had been exposed to Ebola patients.

But President Barack Obama has warned that overly restrictive measures could discourage volunteering in West Africa.

On Thursday, the medical charity Doctors Without Borders warned some mandatory US state Ebola quarantine measures are having a “chilling effect” on its work.

The group has said it may shorten some assignments to West Africa as a result of recent state restrictions.